It's Slam in the mix on the latest Slam Radio 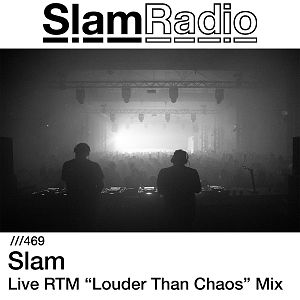 Slam return to their own radio show with a live mix recorded at their Return To Mono night at Glasgow's Sub Club - a night they played alongside Blasha & Allatt + Mani Dee.  The mix contains many tracks from their recent "Louder Than Chaos" project on Soma, which are a set of collaborations produced during lockdown with artists such as 9x9's, Hector Oaks, Optic Nerve, Perc, Rebekah, AnD + Amelie Lens - some of which are already released and others due to surface in the very near future.